After Hours by Evolve 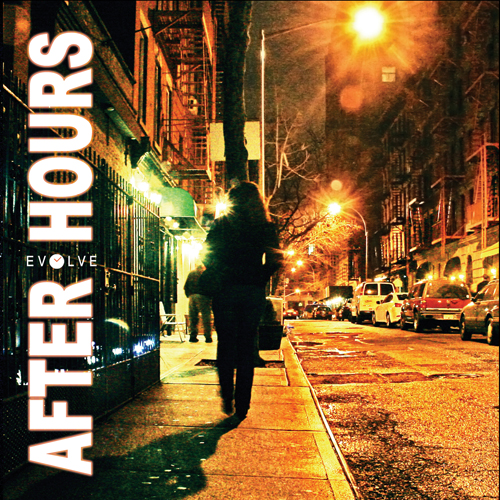 After Hours by Evolve
Genre(s):

producer/dj/musician/composer Born and raised in England Red Broad moved to LA in the 90’s where he works as a DJ and producer. HAPPY HOUR IN THE GENE POOL was his first commercially released album under the name EVOLVE followed by his sophomore release DEEPER THAN THE SEA. When he’s not beavering away in his studio he can often be found behind the decks spinning downtempo and deep house at clubs, lounges, pools and private parties. He also produces SOFASONICA a hugely popular Chillout and Downtempo podcast streaming on Podomatic and iTunes.

groove control Red has worked with many artists from Peter Gabriel to Toyah Wilcox to Mark Hollis (Talk Talk). It was while working with Peter Gabriel though that his eyes (and ears) were opened up to a whole new world of rhythms and grooves. It was an inspirational game changer that has had a profound affect on his music productions ever since.

electronics & wilder excesses Red has always had an interest in electronics (he has a City & Guilds in Radio TV & Electronics) and so it was only natural to develop a musical interest in all things electronic. He was an early adopter of electronic drums, using them equally live on stage and in the studio, and where many of his musician friends spent their hard earned on wilder excesses, Red spent his on amassing a huge collection of synths and drum machines. He has at some point probably owned almost everything Roland, Korg and Yamaha ever made!

departure & arrival Relocating from London to LA introduced Red to scoring music for film and TV. He has since worked on several movies, the most notable being “The Arrival” starring Charlie Sheen, where one of his cues was used as play out music over the end credits. More recently the TV movie “Blue Seduction” starring Billy Zane (Titanic, Back To The Future) was completely written around six of his songs co-written with jazz singer Pamela Stonebrooke. Red also produced the score for the movie with partner Chris Barron.

back to the roots In early 2006 Red began working on tracks for a new project. He wanted to go back to his roots and rekindle his love of synth based electronic music. The concept was simple, a natural journey of emotions and feelings, melodies and grooves; an evolutionary process of musical creation. The project became Evolve, the album; HAPPY HOUR IN THE GENE POOL.

behind the decks After hearing a promo copy of HAPPY HOUR IN THE GENE POOL, Below Zero founder and DJ Mason Rothert contacted Red about contributing downtempo mixed sets for his radio show. This lead in 2007 to Red becoming a resident DJ with the show and contributing sets on a more regular basis. Red also began DJ’ing live downtempo sets for Below Zero nights at ultra lounges and special events. As a drummer and performer Red has a natural talent for blending beats, building a set and moving a crowd. He quickly expanded out to include more dance oriented house, deep house, tribal house and tech house sets better suited for clubs, pool parties and larger venues.