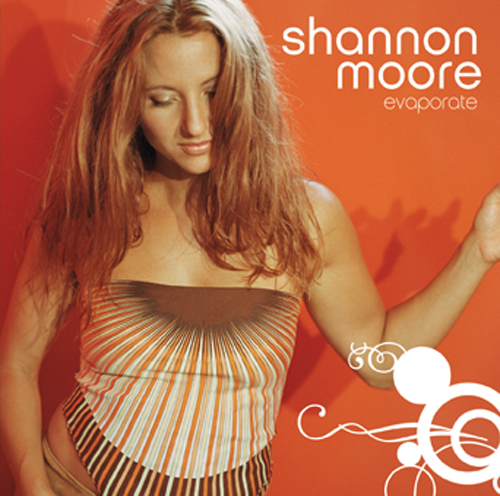 Singer/Songwriter Shannon Moore has been compared to The Pretenders’ Chrissie Hynde, Aimee Mann, KT Tunstall and Sheryl Crow to name a few, but ultimately has a style all her own. Shannon defiantly knows how to deliver a song and captivate an audience. Born and raised in Houston, Shannon received her first guitar at the age of 10 and completed her first song When It Rains by the age of twelve.

Shannon’s first band, Deep Julia, toured the States and Canada extensively and racked up considerable critical acclaim. Their popularity landed them the opening act for Radiohead, Peter Frampton and Jewel to name a few. They also headlined in the majority of the top Vancouver clubs and venues. A full album never materialized and Shannon and the band soon went their separate ways.

As a solo artist, Shannon has an impressive list of movie and television credits. Her songs can be heard in movies including Angels With Angels (InVision Motion Picture Group), Lifetime’s Original Movie Confessions of an American Bride, This Time Around (Disney), Midnight Blue (Orion), Showtime’s One Kill and many more. Her television credits include: Felicity (WB), Meet My Folks (NBC) and MTV’s Real World. She also had 8 of her songs included in Canada’s exceptionally popular television drama Madison.

Shannon is a stunning songwriter because she wraps a rich tapestry of truth with her lyrics and keeps her haunting and powerful voice tinged with a knowing sense of humor and honesty. As the first artist to be signed to the Singer/Songwriter label 10 Spot, Moore’s debut release Evaporate will be available in March 2007.

“Shannon truly possesses all the ingredients needed for stardom… Moore is above all a top-flight songwriter…for her to remain in obscurity, as merely a songwriter would be a crime. No one could sing her personal songs with such conviction and passion that Moore brings forth with a searing emotional temperament.” – Music Connection.