Just Me By Tiffany 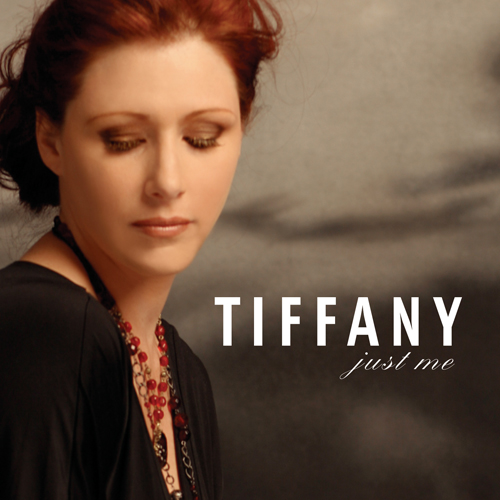 Just Me By Tiffany
Genre(s):

Like many successful performers, Tiffany’s career began when she was very young. Born on October 2, 1971 in Norwalk, a quiet suburb in Southern California, Tiffany was performing nationwide at fairs, special events and on talent shows such as Star Search by the time she was five. Her performances were marked by an incredible presence and control that enabled her to deliver songs such as “Delta Dawn” and “Stand By Your Man” with honesty and conviction.

By the time Tiffany was 13 years old, her voice and determination landed her an audience with producers George Tobin and Brad Schmidt. Soon after, she was offered a contract with MCA Records and began work on her first album-the self-titled debut, Tiffany.

To promote the album to her target audience, a plan was hatched to have Tiffany perform nationwide at shopping malls. Within weeks she was singing to over 5,000 screaming fans in Salt Lake City, Utah. “Mall managers started to look at Tiffany differently after Salt Lake City. The turnouts were getting enormous,” explains Schmidt. “It started out as a marketing tool and as a way to get her in front of people and it turned into a phenomenon.”

Overnight, Tiffany had become a pop culture and teen icon featured in magazines, newspapers, and even on The Tonight Show. Both “I Think We’re Alone Now” and “Could’ve Been” were US #1 singles. “I Saw Him Standing There,” which hit the Top Ten, was also included on her 1987 debut album. Tiffany even managed to dethrone the King of pop, Michael Jackson, knocking him from the number one spot on the album charts. Tiffany’s trajectory to super-stardom was unprecedented: Her humble beginnings with a mall tour led to two number-one records and domestic album sales beyond the six million mark, with over 14 million records sold worldwide. Her second album, Hold An Old Friend’s Hand, went double platinum and included the Top Ten hit “All This Time.”

By the early 1990s, Tiffany decided to take a break. “People think I disappeared. But I took time away to be a person, not just a personality.” Time away from the spotlight allowed Tiffany to mature personally and professionally. Already a gifted performer, she devoted herself to writing lyrics that would more clearly reflect her experiences, emotions and spirit. The resulting effort, the album The Color of Silence released in 2001, was co-written by Tiffany and revealed a depth of artistry not often found in the world of pop music. “This album is a reflection of my life over the past ten years. A lot has changed, and people are not aware that my music represents the pains and joys I’ve experienced as a musician, full-time mother and successful businesswoman.”

The year 2007 is set to be one of Tiffany’s best years yet. She has just signed a new recording agreement with Universal-distributed label, 10 Spot, and is working on a singer-songwriter/adult contemporary album that is slated to for release in the Spring. The album will feature songs with influences from such artists as Sheryl Crow, Natalie Merchant and Jewel