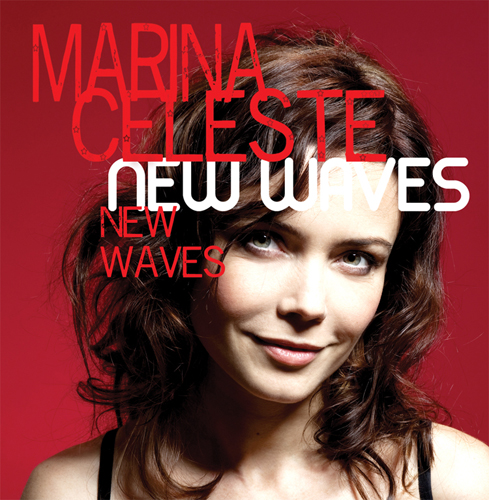 French singer-songwriter Marina Celeste has a flair for creating atmospheric, dreamy pop songs and it should come to no surprise she lists her influences as Kate Bush, Cocteau Twins and Everything But the Girl.

French born Marina Celeste is an author, composer and performer. Marina’s fondness for music started in childhood, learning piano at the age of twelve then subsequently writing her own songs by age sixteen. After finishing law school, Marina met French musician Marc Collin who encouraged her and inspired her creativity. Marina’s debut release Tart (Acidulé), was the result. A brilliant cocktail mixing the zest of a French touch, real songs with poetic lyrics and subtlety, Tart was critically acclaimed by French media.

In 2004 Marc Collin and musical partner Olivier Libaux formed Nouvelle Vague (new wave.) To date the group has released two albums. The first one is an eponymous album consisting of bossa nova covers of songs from new wave and other genres. The covers include songs by Joy Division, Dead Kennedys, The Clash and Depeche Mode. The various female singers on Nouvelle Vague only performed songs they were not previously familiar with, to ensure that each cover would have a unique quality, Marina performed A Forest and Sorry For Laughing on the release. Marina toured extensively in France and around the world performing with Nouvelle Vague.

New Waves is Marina Celeste’s fourth project and first solo album in English. It has a new tone to appeal to a wider audience. Some highlights from New Waves are the 80s hits Nowhere Girl (B-Movie), DaDaDa (Trio), The Lovecats (The Cure), Beds Are Burning (Midnight Oil). New Waves mixes Marina’s ethereal and sparkling vocal atmospheres with the brilliant mix of Electronica and Bossa Nova.