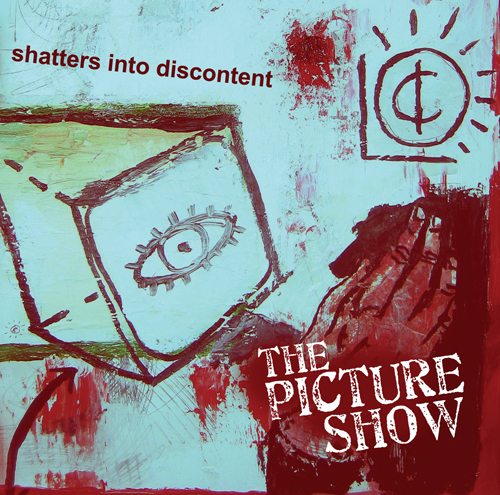 The Picture Show started in Northern California where three eleven-year-old friends Dan Stewart, Aaron Jespersen, and Ryan Ito began producing no-budget camcorder movies. The band insists that this history of movie making has relevance to the rock and roll music they now create. “For one thing, we got our creative differences and ego issues in check when we were eleven,” says Stewart. “We were obsessed with making movies by any means necessary,” Stewart adds, “and we often used fictitious names in the credits.” “The end result was what mattered the most. Not individual credit,” says Jespersen. “We were very ambitious about it, too. We naively believed that we could shoot a movie in my backyard that would be as awesome as The Terminator. We were big thinkers.” Stewart adds, “It could be said that we brought a similar naiveté to the table years later when we set out to start a band.”

When Stewart, Jespersen, and Ito turned eighteen, they were interested in trying something new. “Dan’s brother was a guitar player,” says Ito, “he had a Strat and a Marshall half stack. One night, we took turns on his guitar, banging out nonsense chords for a while. Then, in some sort of burst of inspiration, we looked at each other and said, ‘Let’s start a band.” None of the three had any real experience with songwriting, instrumentation, or stage performance. “We had little more than a passion for music and the bands that created it,” says Jespersen, “choosing our roles for the band was pretty much arbitrary.” “Dan and Ryan wanted to try guitar and so I said I’d be the singer. We were basically three random guys starting a band from absolutely nothing. By all rights we should have ended up the worst band of all time.”

As soon as Stewart and Ito figured out how to string a few notes together they started writing music. The trio had developed a strong work ethic during their movie making days and they brought it with them into their music. The first thing they did as a band was to write and record three full-length albums. “Music was this new medium for us that we were very excited about,” says Ito. “We had this archaic recording device that we used to record our albums. We did three LPs in about three months. Most of the recordings were fairly atrocious but there were a few gems in there and we were definitely sensing potential. We started to feel like we were really onto something.” Of the thirty-eight songs on these tapes, one of them was notably titled The Picture Show.

A few years, many songs, and countless performances later, the band had developed into a powerful act. Having relocated to Jacksonville, Florida, they recorded and performed under different band names and with different drummers for several years. They chose the band name The Picture Show and enlisted Minnesota native Brad Daninger as their permanent drummer in 2005. “I really connected with their sound,” says Daninger, “and I wanted to show them I had something to add to it.” Needless to say he made a huge impression. “When Brad joined the band we truly felt like we had finally become the band we had always wanted to be,” says Stewart, “Our sound was complete and we felt prepared to take things to the next level.”

In 2006, the band entered Vision Sound recording studios in Orange Park, Florida to record a three song EP entitled Blur. The following year they would return to record nine more tracks, which, combined with the EP tracks, would constitute their first full-length album as The Picture Show. They titled the work Shatters Into Discontent. “The recording process for Shatters was very natural,” says Daninger, “We all shared the same belief that the recordings should capture the intensity of our live sound. Our budget was fairly limited so our goal was to nail the songs down the same way we do live–and then add minimal overdubs.”

Shatters Into Discontent contains twelve tracks ranging from epic to rocking to ballad and back again.