Talking To Me by Jeremy Kay 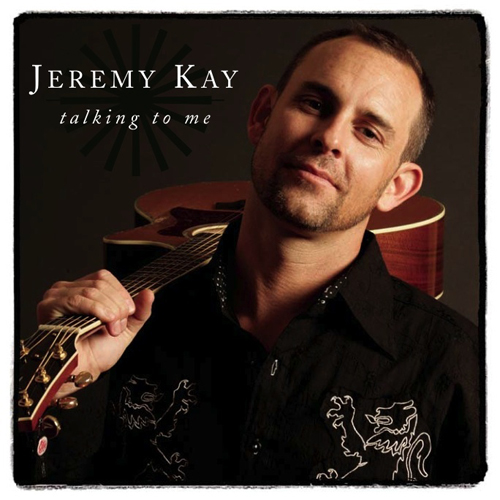 Talking To Me by Jeremy Kay
Genre(s):

San Diego, California singer/songwriter Jeremy Kay knows how to seamlessly mesh folk and soul to create a rare blend of music with an infectious style. Sometimes reminiscent of “Dave Mathews or John McCrea from Cake”, Jeremy’s strong lyrics and hard driving musicianship elevates him to a realm of his own.

Comfortable on both piano and guitar, with a full band or stripped down acoustic, Jeremy has played to the approval of many audiences. He has toured with Crosby Stills & Nash and Dan Hicks & the Hot Licks as well as becoming a regular guest at Lake Mission Viejo’s Summer Concerts, opening for Pat Benatar and Joan Osborne.

Jeremy has an extraordinary list of movie and television credits. His songs have been used in top-rated television shows from ABC’s Boston Legal, CBS’s Numbers, NBC’s Scrubs, to MTV’s Real World, Undressed, The Regis and Kathie Show and many more. He has an equally impressive resume of tracks in full-length movies. If you have seen The Wedding Planner, Buffy the Vampire Slayer, Once and Again, Cruel Intentions 2, Summerland or Smallville, you’ve been exposed to Jeremy’s creative genius and true talent.

In the summer of ‘06 you could hear his mesmerizing voice singing the theme song on the WB’s then newly launched show The Bedford Diaries. People immediately began taking notice of the singer’s self-penned opening song, but then the WB Network closed its doors and The Bedford Diaries disappeared with it.

With a previous commercially successful release under his belt, a self-titled CD with Hollywood Records, his upcoming release on 10Spot will hit the streets late June 2007. Jeremy’s new CD was recorded at L.A.’s Backroom Studios utilizing the talents of many of the world’s best studio musicians including Michelle Branch, Steve Vai and Edgar Winter. Along with help of award winning writer/producer Tim Feehan, this release marks a new sound for Jeremy and showcases his versatility as an artist.